Click on the link below to learn about finding slope and y-intercept on Khan Academy:

We will be learning about Pi and engaging ourselves in many Pi Day activities.

You may want to memorize these fun facts!!

You want to memorize as many digits in Pi as possible! If you get the farthest in your class, you get a really cool prize!!

There will be a test on the current unit next Thursday, March 15th in all classes.

All classes have been assigned 50 minutes on Khan Academy. Please log in to Khan Academy and continue working on those skills attached to your NWEA RIT score. All assignments are due Monday, February 26th. The assignment is worth 5 summative points.

Click on the link below for a fun Math game:

All students in Pre-Algebra classes will have a test on Chapter 6 on Wednesday, February 14th.

All students in my 7th grade Math classes will have a test on Lesson 9 in the READY Math book.

Look over the Math formulas and practice the questions in the book. Please email me with any questions that you might have!

Feb
08
2018
Due to the severe weather headed our way all Dearborn Public Schools will be closed on Friday, February 9, 2018.
Please log into Ten Marks and do your Math assignments. Also, the “No One Eats Alone Day” will be rescheduled for next Wednesday….Valentine’s Day!
Enjoy the day! Stay warm, stay safe!!!! 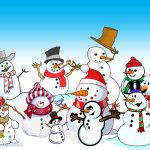 All middle school students will be dismissed at 11:05 tomorrow and Monday. There are no after school activities  both days.

All classes have been assigned 2 assignments over the break….

1.  80 minutes on Khan Academy to practice his/her skills for the upcoming NWEA test.

2.  the other assignment is called FROSTED FRIENDSHIP and it involves connecting consecutive points with straight lines on a coordinate  plane. They are to attach the completed SNOWMAN to a tissue box (Kleenex).

WISHING YOU ALL A JOYOUS HOLIDAY SEASON AND A PROSPEROUS NEW YEAR!!!! 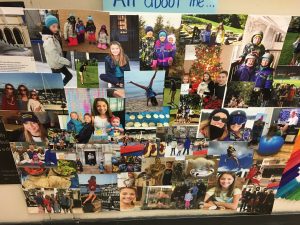