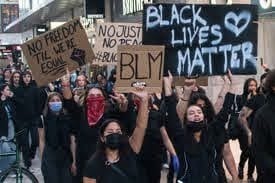 Dijon Kizzee was a 29-year-old plumber that lived with his mother and younger brother. He loved to cycle. He and his uncle Anthony built go-karts, bicycles, and mini motorbikes when he was little. His passion for mini motorcycles drove his mother crazy.

Unfortunately, on August 31, 2020, Dijon was riding his bike. He was flagged for an alleged vehicle code violation in Los Angelos, California. neighborhood. When the officer approached him he attempted to run for the deputies and was fatally shot 15 times. Sheriff’s Department claims at one point Kizzee’s pistol drops to the ground, bends over, reaches, picks up the gun, and is then shot while he stands with the gun in hand.

The aftermath of Dijon’s murder left his family, friends, and the neighborhood was devastated. BLM group on Instagram posted” Why do black people love this country if it doesn’t love us back?”

There are different sides or opinions about this event. Many people viewed this murder as a historical event. Like the other victims such as Jacob Blake, Breanna Taylor, Geroge Floyd, etc. some people think he should have never run from the cops. Even though he had been flagged for his vehicle violation.

His death especially hit his uncle Anthony the hardest because of their close relationship. A day after he was killed people protested for him for over a week filling the streets of Los Angelos, California.

In conclusion, both sides are thought to be in the wrong, and history is going to repeat its self. Racism is going to continue and many more people of any color will be racially profiled.