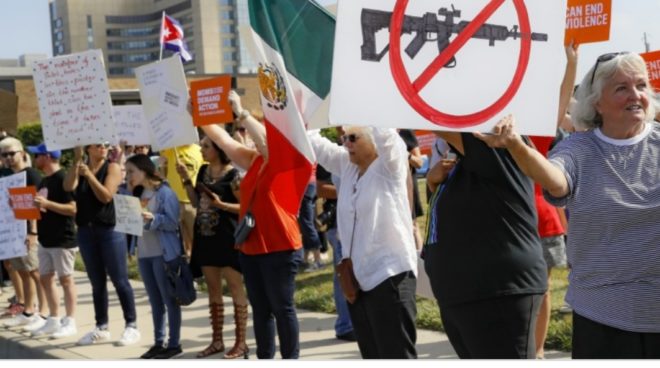 As students in middle school, we hear about things that make us worry. One of those things is mass shootings. A mass shooting is defined as the murder of four or more people, which means that if there were 2 people who died from shooting, that would not be considered a mass shooting. This is a serious matter because students are supposed to feel safe in school, but when we hear about school shootings it makes us scared.

“I don’t know what causes mass shootings. I think some people do not have any value of life and therefore think it is ok to take someone else’s. There have been many changes in the world and when one close-minded person doesn’t want to accept that change, they try to eliminate it completely,” Access Afterschool programs at Unis Middle School Instructor Miss Siham Mugalli.

When asked what can we do to get our government to do something about guns?

Ali Sharif, A student at Unis Middle School answers”Keep the guns for themselves and not give it to people and not do a lot of problems.”

And here is what Mr.Mohsin Harhara Access tutor Afterschool programs at Unis Middle School. thinks about why there are mass shootings than there it used to be?

“I think there are more mass shootings now than ever be because kids have more access to guns.our gun laws should be much more strict. I think if we had strict gun laws, there would be fewer tragedies. Other countries have strict laws and less shooting. We should follow their steps.”

Mrs.Linda Haidar a teacher at Unis Middle School thinks that “People turn to gun violence as a means of getting attention for their 5 minutes of fame, unfortunately, many people thrive on negative attention, and gun violence will definitely get them”.