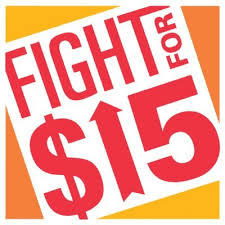 We all work the same hours, but others get paid more, doesn’t it feel like something is off?

Steve Easterbrook is the CEO of McDonalds, and his salary goes up to 1.1 million. The worker that work about 24 hours a day, 7 days a week get paid $9.25, that of course goes to a crew member. Obviously Steve Eastbrook has done very well in life. That’s true, but if it weren’t for the workers, there would be no McDonalds.

I was told by Halah Abdulkareem, who used to work at McDonald’s when she was in highschool, says, “When I worked at McDonald’s it took up a lot of my time, but I was only paid about 5-7 dollars an 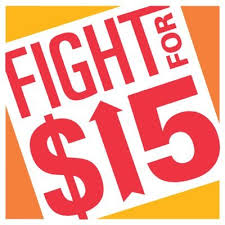 hour”. Being in high school and having a job can be challenging. Halah expressed that she worked 4 days a week and it wasn’t even worth it. With the hard work that the McDonald workers put in they deserve more than $9.

In 2018, fast-food workers were protesting for an increase in their pay , that would be 6 dollars more bringing it up to $15. Some say that 2-3 dollars more can help. If the CEO is making millions of dollars, why can’t the workers get a permanent pay raise. After all they are the ones putting all their hard work to make money, but it is still not enough.

Ehighten Amal Ahmed who worked at Subway stated ,”It’s hard to pay off college, when i’m working so many hours, but i’m  not getting paid what I deserve.” There is a mass amount of fast-food workers across the country who deserve more than they are paid and it’s not fair to them to get paid $9 an hour.