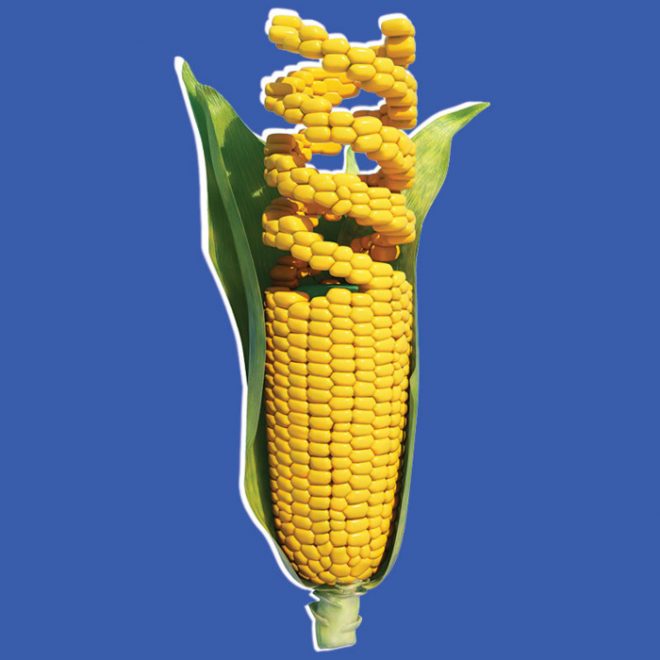 In this paper I want to inform people what GMO is, Its purpose/ Why does it exist, and Certain foods that contain/ rely on GMO. I also want to mention the percentages of GMO in each item or at least the average amount of food to show how much GMO is in food.

GMO is short for genetically modified organisms. They are a result of a lab process where things like genes are taken out of one type of animal or plant and put into another unrelated plant or animal. Not many people know what GMO is I talked to Jenifer smith and told me “ I actually have no idea what

GMO is about. The most I know is that a lot of food products include on their packaging that GMO is not included.”

The unknown genes can come from bacteria, viruses, insects, animals or even humans. The first approved for release was the flavr savr tomato in 1994 developed by Celgene.

There have been tons of concerns whether or not GMO is safe for humans. The Anti-GMO advocacy group called the Institute for responsible technology (IRT). Sara Srour an 8th-grade student has told me “ I do not approve of GMOs because when we eat them they could kill us and ruin our bodies.”

The IRT reported that rats that were fed a diet of potatoes that contain GMO had almost every organ system affected after 10 days of being fed this diet. According to the IRT that the process of GMO is what caused it.

GMO was primarily focused on cash crops in high demand by farmers Such as corn, canola, and cotton. Genetically modified crops have been engineered for resistance to pathogens and herbicides and for better nutrient profiles.

Genetically modified corn, for example, has been trained to resist pests and herbicides and others describe traits in crops. These crops are sold in multiple countries.

To conclude GMO is highly used and has been for decades. Farmers rely on it for fast crops for more money. Genetically modified crops have been trained to resist pests and herbicides.