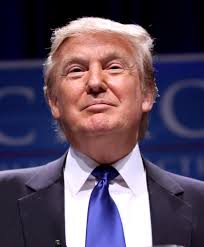 Some people will argue that Donald

Trump is an acceptable president, while others claim that he’s completely ineligible to do the job. Donald Trump argues that he’s accomplished more in a few months than Obama has in 8 years. He might be right, but are these really good accomplishments?

During the presidential election, Donald Trump has said that he would set up an immigration ban that would include many countries in the Middle East. He also said that he would build a wall around the Southern border of the United States. He followed through with both promises. The Republican Party put up an immigration ban on 7 Middle Eastern countries. The countries include, Syria, Libya, Iraq, Iran, Somalia, Sudan, and Yemen. Donald Trump said the wall will be built in the year of 2020 but this wall isn’t what he said it was going to be. Donald Trump promised a wall down the entire Southern border of the United States, but it’s only going to be in a small section of th 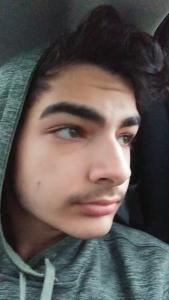 Omar Salim, a journalist from Unis Middle School said, “Donald Trump might be one of the worst presidents that we’ve ever had. The immigration ban he put up isn’t allowing innocent refugees to escape the conflict in the Middle East and the recent terrorist attacks in Europe. I think Hillary Clinton is much worse than him so at least she didn’t become president.”

Donald Trump’s first foreign presidential trip was to Saudi Arabia, he first trip to a foreign country 119 days into his term. He was the first president since Jimmy Carter whose first visit wasn’t Canada or Mexico. Trump’s lack of foreign travel is a big issue, since one of the president’s job is to interact with leaders around the world. Donald Trump has also signed over 90 executive orders in his term. Two of the biggest executive orders signed by Trump was one removing ObamaCare and one that increases border security.

Donald Trump also tried creating a new affordable care act called, TrumpCare. Trump claims that ObamaCare has failed and he will replace it with a much better affordable care act. Trump claims that TrumpCare will have tax deductions, health savings accounts, hospitals will be able to buy prescription drugs from other countries, and cost assistance. The president has also fired on an airfield in Syria for using chemicals to kill many Syrian citizens, and he dropped a M.O.A.B (Mother Of All Bombs) on an Isis base in Afghanistan. He also fired his F.B.I director, James Comey. Comey was fired because Trump didn’t like him. He mish 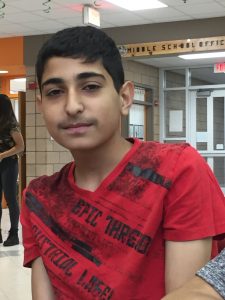 andled the Clinton-E-mail investigation, he knows something about Russia, and he hurts the F.B.I’s reputation all together.

Hussein Saad, an eighth grade student at Unis Middle School said, “I think James Comey deserved to be fired. He didn’t know how to do his job properly and he’s an embarrassment to the government. Donald Trump made a good choice for once.”

Overall, Donald Trump certainly hasn’t done more than Barack Obama during his presidential term. Obama had some conflict in the Middle East as well as Donald Trump and he also created his own health care plan. Donald Trump has only left the country once and it was 119 days into his term, but he was the first president, since Carter, whose first visit wasn’t to Mexico or Canada. Maybe we’ll know who has accomplished more farther into Trump’s term.