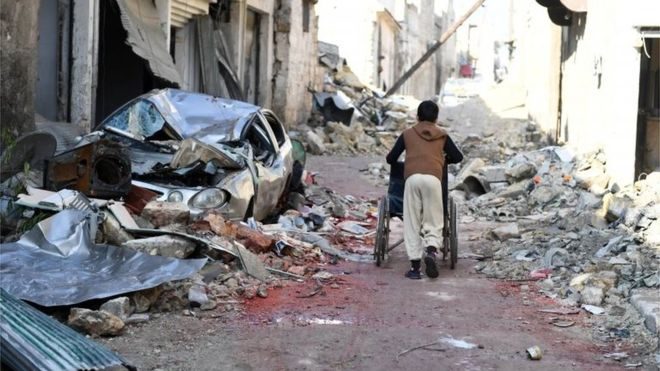 On April 4 the Syrian Government launched 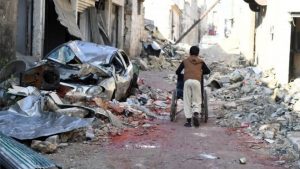 a chemical attack on its people. Many men, women, and children died in the attack. Three days later on April 7, Donald Trump, the President of the United States of America, launched 59 tomahawk missiles that were headed to Syria.

The missiles were directed to a Syrian Airfield where the chemicals were launched as a response to the attack. This event was the most dangerous use of chemical weapons in the Syrian Civil War since the Ghouta Chemical Attack in 2013. 74 people died and more than 550 were injured. Many people think that the United State’s 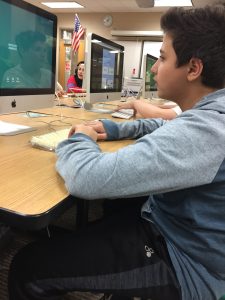 response was necessary and the President of Syria, Bashar al-Assad needed to be punished. Other people think that this was an act of violence and it will start a whole new World War. Mahdy Faraj, an eighth grader from Unis Middle School clarified, “I think what Donald Trump did was right and wrong at the same time. Assad was harming innocent civilians and he needed to get punished for that. The problem was that he just fired at the base without getting any sort of approval.”

Hadi Saad has a completely different opinion on the topic, “Donald Trump should be punished for the attack. This attack will start a whole new World War that will kill millions of innocent people. Assad should be punished but not in this way, in a way that’s less violent. There are many other ways that the United States could’ve acted. This way is just too risky and will lead to great conflict.” 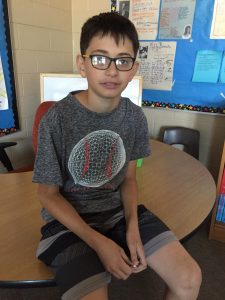 fi without congressional approval. But when he ordered this strike against Syria he didn’t get approval from Congress or ask any diplomats on what they should do as a response to the chemical attack. Also, in 1983 Ronald Reagan did the same thing when he deployed troops without congress approving, so did Bill Clinton in 1995 and 1999 when he ordered airstrikes at Bosnian Serb and Serbian forces.

Some people say that Donald Trump should be impeached for this or even arrested. Mahdy Faraj also stated, “Donald Trump is a huge hypocrite. Even though the attack was a good choice he should’ve got approval from Congress because he complained about Obama for doing the same exact thing. I don’t think he should be impeached though, because it wouldn’t be fair since other presidents did the same exact thing.”

This chemical attack was one of the worst in history. Many innocent people died during this attack and something should’ve been done about the Syrian government. The question is, did Donald Trump react appropriately? There are a variety of opinions about this topic and it seems that the majority of Americans lean towards Donald Trump’s point of view.