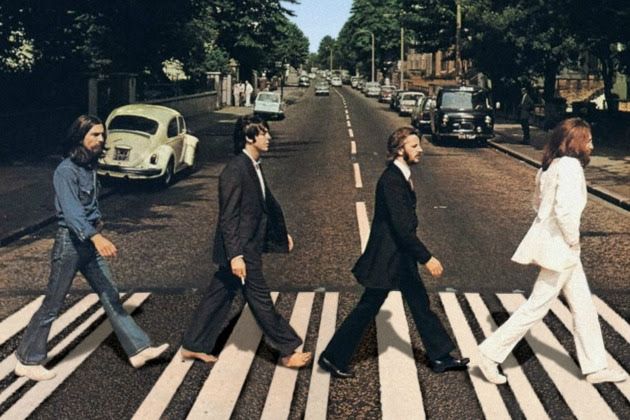 1964, thousands of excited, screaming, young fans welcomed The Beatles to America! The Beatle are legends. They were loved all over the world, started so many fashion trends, and broke hundreds of records. They changed the world of music forever. They will forever be remembered by their talents and how they influence the world of music today.

The Beatles were awarded on many things of course. They broke records that still last today even. It is extremely hard to break a record made by The Beatles, but One Direction did. With five songs One Direction broke the record for the most Top Ten Hot 100 Debuts among groups, passing The Beatles’ four songs. I interviewed Mr. Drinkert and I asked for his opinion on whether One Direction deserved to beat The Beatles. His reply was, “No, because in the 1960s (The Beatles era) people bought the whole album not just one song from iTunes.”

The style of music has definitely changed since the 1960s. The Beatles used many genres that it is difficult to only name one. Many people believe that there should be a genre called “The Beatles” because of the way they combined old and modern sounds and style into original forms in ways no one has ever before, or really ever since. The Beatles had genres like, hard rock, rock and roll, psychedelic rock, and pop. Pop remains a popular genre today. Almost all the songs awarded and known today are pop or rap. Justin Bieber, a pop artist, broke a record made by The Beatles. On April 11, 1964 The Beatles made a record for the Billboard Hot 100 of a total of 14 songs. Justin Bieber had a total of 17 songs shattering their record.

The Beatles weren’t only amazing when it came to music, but also when it came to fashion. The Beatles were also known as the Fab Four. They started so many fashion trends. For example Cuban heeled boots were known as Beatle Boots. Collarless suits became huge, they were a common attire for new bands and even teens at the time! A still popular trend started by John Lennon’s glasses. Brands like Givenchy still popularize John Lennon’s trademark glasses.

The Beatles are still remembered today and every year we celebrate them on February 9. Their talents were truly like no other. They made a whole new world of music that still influences many famous artists today. Let’s just take a minute right now and thank The Beatles!