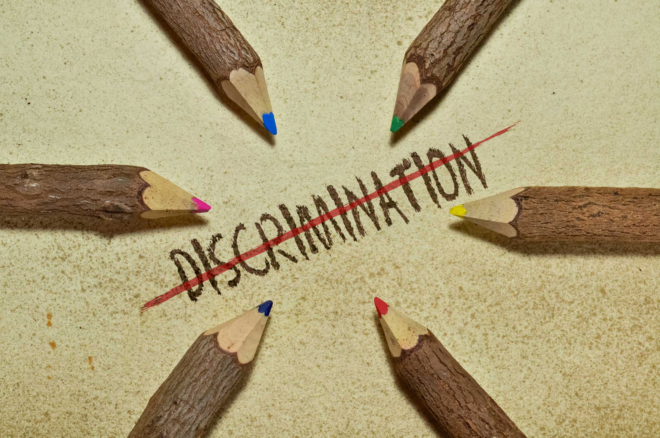 2Pac once said “And since we all came from a woman…Got our name from a woman and our game from a woman..I wonder why we take from our women”, He’s right why do we? Every day there’s a female that gets hit with the “you look good today” from some random, or a “smile, you’ll look more attractive”…Somewhere in America, a woman gets more than just harassed every 2 MINUTES. Now that’s just in America, and for what? For saying no? Or is it because your ego is a tad bit too big.

Emily Cain, a 20-year-old in college, is quick to assure harassment and catcalling is not silly. She describes this as, “It feels like I’m being singled out and like I’m being made fun of almost because I have a feature that caught someone’s eye, makes me feel like an object and like I’m not respected enough to just get a compliment instead.”

If you are going to compliment someone you compliment them without sounding like you’re saying it for other intentions.

There’s no originality in when being catcalled it’s usually the same things being said. “ I wanted a relationship with you because you weren’t with anyone else” and “ You don’t need to be smart you’re pretty.” After being told this monthly, She said It’s like we are nothing more than looks.

So many females are now even uncomfortable with walking alone even during the day since, “Men that catcall don’t even realize that when they do our hearts skip a beat, and not in a good way, we pray that they will just leave it at that and not follow us and we think “should I answer? If I don’t answer will he get mad? But if I answer will  he take that as an Invite?” No one should feel like this yet it’s happening.

Females all around the world are purchasing tasers, pepper spray, and self-defense keychains just to not be the next victim

Timothy Smedley, a middle school social studies teacher, shared his thinking and also thought harassment and catcalling is not silly. He thinks it’s wrong, weird, and uncomfortable to witness.

Harassment doesn’t just occur at schools or sidewalks. It happens at workplaces too. Aliya Chaney works as an HR Manager of a K-12 school district. She explains that many organizations have made policies to make sure all workers are comfortable. These policies are helpful to prevent a respectful and harassment-free community.

Aliya has never been faced with harassment at her job but she did say “ If a guy did say something inappropriate to me, I would immediately advise him that what he said was inappropriate and if necessary, I would file a complaint.”

Others should do this as well. Speak up if you’re being harassed, and no one should worry about if they speak up would they lose their jobs. Better to be safe than sorry.

Aliya also pointed out that “Harassment in an unlawful act” and “No employee, male or female, should be subjected to harassment or intimidating behavior.”

Some people like to make jokes about harassment and catcalling, some might describe them as immature. Some have surrounded themselves with these immature people, others like Reginold Love II don’t. He clarified that “It would be very out of line”. He is another one to agree that this topic is not stupid. He explains that “ Females are already discriminated.”

More than a couple of people would need to experience this for it to become a problem, so in what way could it be silly, dumb, or funny. Around 1 in every 6 females are victims of harassment, so it’s safe to say enough people face this sadly. It safe to say it’s a problem.

Whether you agree or not. No one should feel knots in their stomach wondering if something is going to happen for saying no, or for looking a certain way while working. This issue has been around for such a long time that laws were created like Title VII Civil Rights Act of 1964, Equal Employment, etc just to prevent harassment towards workers.