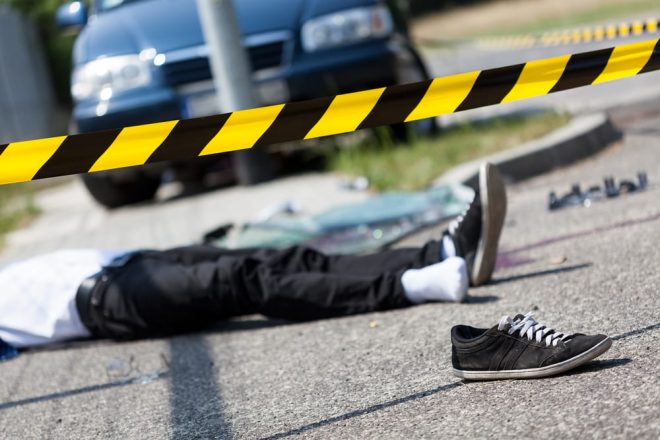 Hit and runs are a national problem. Many people have died, or gotten wounded from hit and runs and never got to find out who the person was. For all they know it could’ve been someone they were related to. For those who are not aware of what a hit and run is, it’s a type of accident where, the perpetrator flees and leaves the victim at the scene.

According to AAA, “There is a hit-and-run accident approximately every minute in Michigan”, that means that multiple times a day, distracted drivers are running over people and leaving them without waiting for the authorities or even making sure the person is not injured. Hiit and runs can cause crucial  injuries that could lead to death, especially when the driver flees and help isn’t called untill later. Aside from that, leaving the scene of any crime is punishable by law, and can result in serious consequences.

In Michigan there are strict laws pertaining to hit and run accidents. One such law states that one can be charged with a misdemeanor resulting in fees of about $1,000. More charges can be added if the victim suffers serious injuries. If a victim dies from a hit and run accident, the driver will be charged with reckless driving, and even murder. Wafa Jaafar stated that “We need to be more careful, i’ve been driving for 15 years.”

After interviewing, Alaa Darwiche, whose parents both drive, and has relatives who are new to the road, she stated, “Who leave the scene of a crime should face punishments and get jail time for doing that”, she also stated that if any of her close family or relatives were involved in an accident, she would want

them to do the right thing. Alaa also mentioned that people should pay attention more to the roads ahead and also be aware of their surroundings and to put their phones down.

A local news story brought attention to hit and runs, that happened right here in Detroit. A 27 year old man, Stephen Williams, ran over 8 year old Brandon Starks. Brandon was heading to the park, was hit and even dragged 100 feet before Brandon stopped, and then fled the scene. Detroit Police, were able to track him down and arrest not too long after, and he plead guilty to all charges, he was even driving with a suspended license.

Hit and runs are hard for the victim’s family, especially if they died. Some may be lucky with finding the person who hurt their family member, and some will never find out who caused it. Jessica Mrech student at Unis middle school stated, “If anyone in my family was ever in a hit and run accident I would be really emotional, no one ever deserves to be hit by a car, and the person who hit them could sometimes get away and never go to jail for their crime. I would really want to find out who did this to family member, it’s not just putting away the person for their crime, but also helping the family get closure.”

As the years go on there are more hit and runs keep increasing. More people are getting hurt and some are dying. Hadi Salman a driver who just got his license stated, “ I feel like a solution for hit and runs is that they could start to have yearly check ups and tests with drivers. They could also have people who are crossing the street to be more careful because it’s not always the drivers fault when in a hit and run, they still made a stupid mistake by driving away but they could’ve just been scared because if the person crossing the street wasn’t look boths way and just ran on the street.”

Hit and runs are a serious concern for everyone on or off the road, they have destroyed some families from both sides from the ones who were hit and the driver. Too many people are getting killed, and hurt from hit and runs and they aren’t reducing, not unless someone finds a way to help save lives from this monstrosity.