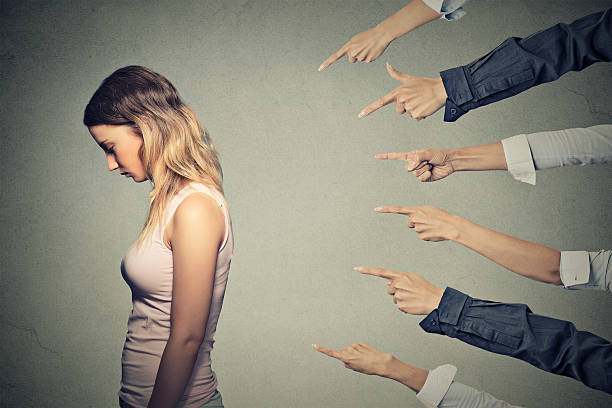 There is a standard that most people have to meet in order to be considered beautiful. Beauty is a concept that is perceived differently by everyone, but what does it really mean? In recent years, beauty standards have become more varied. But all beliefs of beauty revolve around a core idea of an ideal.

What Makes a Person Beautiful?

Different regions have different ideas of what they consider to be beautiful. In western countries like in America, the ideal characteristics for women are blonde hair, blue eyes, size 00, slim figure, and 5’7 or taller. The same thing applies to men: blonde hair, blue/green eyes, muscular build, and tall. People who have these features are beautiful, but it just makes people feel “If I don’t have these features, am I ugly?” In South Korea, it’s all about clear skin, double eyelids, big eyes, and a small figure. In India, while most of its population has lots of melanin, being light is considered very beautiful. In fact, most Bollywood stars are extremely white washed, using make-up and colored contacts. Student, Rayaan Mashrah quotes- “There is no standard to being beautiful.”

Out of all beauty standards, being white or having light colored skin is the ideal goal. Most shows, brands, movies, influencers, etc., will white wash models and actors. Health Magazine writes, “In its narrowest definition, whitewashing on film and TV is the elimination or replacement of people of color with white characters.”  In 2016, Marvel’s Doctor Strange, the character referred to as the “Ancient One” was supposed to be played by an Asian male based on the original comics, but the role ended up being played by Tilda Swinton, a white actress. Facing reality means learning the truth, society judges people based on their looks, brutally. It hurts whether it’s by people close to you or strangers. Most people end up shutting themselves out from the world, they become insecure, quiet, shy, and will do anything to avoid attention. However, sometimes the opposite is true: they will crave attention, and do anything to get validation.

Whether or not you’re influenced by beauty standards is all based on what you see around you and in your life. Different generations have different views on what is beautiful because they grew up in different environments. What we view in the media does affect our mentality, no matter how much someone may deny it. Recently, on social media people will relentlessly body shame each other. On social media especially people strive to be called “pretty” or “hot” people. Whether you use a filter or spend endless amounts of time photoshopping photos when they’re amazing.

Recently, more cultures and beauty types are featured in media and pop culture. This past September, Marvel featured their first Asian American lead, Simu Liu in Shang-Chi and the Legend of the Ten Rings. Society’s obsession with beauty is taking over our world, one person at a time.