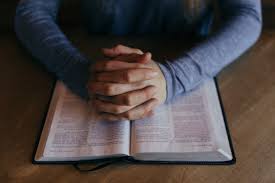 Hate has plagued society since the beginning of humankind. It grows from jealousy, a sense of superiority, disappointment or it can be learned as a child from parental figures. But what happens when faith and religion begin having a role to play in a person’s hate?

We constantly see hateful messages. They are posted online, shouted from across the street, and held up on signs. They speak on things such as homophobia, racial bias, gender identity, and other religiously controversial topics.

In fact, most of these vicious comments seem to be justified by religion. They use terms such as “sin” and “repent” to suggest that they believe what they are saying simply to a religious extent. Yet if that’s true then why take such an aggressive approach? Is that as far as their beliefs go?  Furthermore, what is stopping their preaching from becoming religious extremism?  Various hate groups pride themselves on being devoted and fervent Christians, but since when did Christianity promote such hate?

“I came up in private schools. I’ve been all through the bible, all different ways, size ways, upside down, and crooked. Christianity definitely doesn’t allow that” states Ms.Kincaid, a 25-year teaching veteran, who has been well versed in many religions throughout her life.

Religion in general has been used all throughout time to ease the soul and gain a better understanding of life. So with all the contrasting ways that religion is being used, religion can’t actually be to blame here. It can no longer be socially acceptable for people to disguise things such as racism and homophobia as impeccable faith.

The Hate Crimes Statistics Act is a bill signed in 1990 that requires annual data on hate crimes to be collected. The FBI classifies a hate crime as “a crime motivated by bias against a race, color, religion, national origin, sexual orientation, gender, gender identity, or disability.”  Since 1992, this data has been published through the FBI and is available on the FBI’s official website. 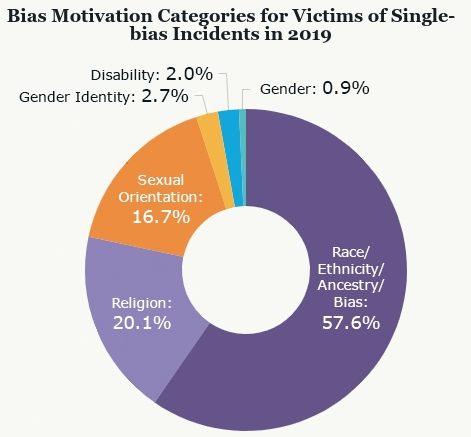 There were a reported 7,314 hate crimes in 2019. These hate crimes fall under the categories of crimes against persons, property, or society.  It is important to note when considering these numbers that many hate crimes do not get reported, this is called The Hate Crimes Reporting Gap.

The most popular motivation for hate crimes is racial/ethnic bias. At first glance, this may not seem like something that can be religiously motivated; however, many racists believe things along the lines of a “God’s chosen race,” which is normally white.  Most hate groups share that ideology.  According to the Southern Poverty Law Center, an organization that battles various social injustices, a hate group is any collection of individuals who target and attack a specific class of people.  There were a reported 838 active hate groups in 2020, ranging from anti-Muslim to neo-confederate.  However, a hate group is not necessarily a group that resorts to violence like the Klu Klux Klan, a hate group can also promote and broadcast their hatred. But when does a hate group become a religious extremist/terrorist group like the KKK?

Religious extremism comes in many different forms. First and foremost, religion itself comes in two main levels, moderate and extreme.  Those two forms can be applied to any of the four main categories of religious extremism, which are theological, ritual, societal, and political.

The common theme that is seen in all the extreme forms of these categories is that religious extremism is not necessarily violent. For example, a hate group that is intolerant of anything that goes against their faith but not violent can still very well be a religious extremist group.

An interesting example of a hate group that broadcasts their hatred would be Kingdom Identity Ministries (K.I.M.).

K.I.M. claims to be a “Politically Incorrect Christian Identity outreach ministry to God’s chosen race,” which to paraphrase, is a Christian white supremacist ministry. They were founded in 1982 by Mike Hallimore and are located in Harrison, Arkansas.

K.I.M.s website has links to their various radio broadcasts and audio catalogs, as well as a book catalog featuring sections on racial identity, “gods enemies,” and several more.

They also sell merchandise on their website. For example, a 2” by 4” sticker with the text “Only inferior white women date outside of their race. Be proud of your heritage, don’t be a race-mixing slut!”, which once again alludes to the frequented belief of this church; white supremacy.

Kingdom identity ministries also have a link on their website captioned “for liberals only!”. The link leads to a political cartoon of a white couple preaching about their hate towards “rotten whites” and how “white Christians have enslaved the great black race”. The white couple is holding a racist depiction of a black baby, which they have adopted to “correct society’s injustices”. 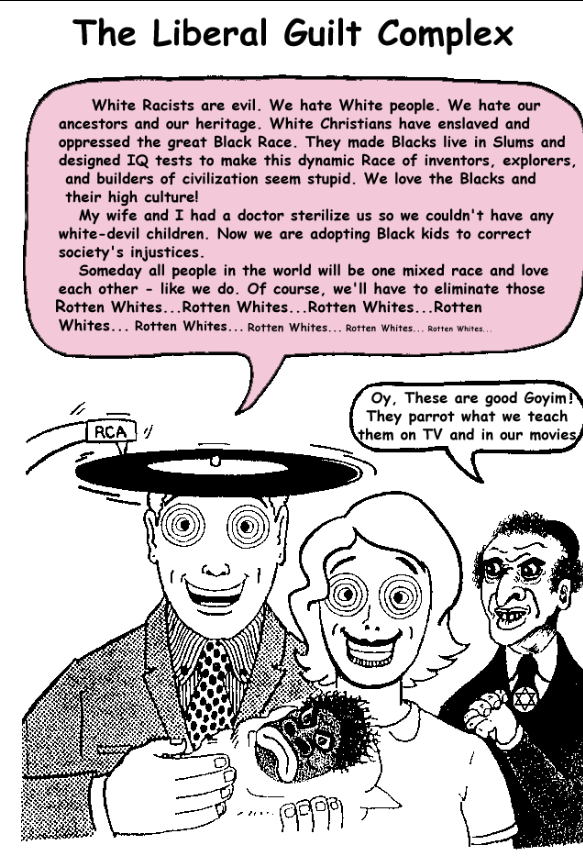 We are not here to criticize political parties or political bias, so I will not comment on the “Liberals only”. However, the depiction of the African American baby is simply vile. The baby is illustrated with the same features you would see in an early minstrel era poster, the wide nose, and big nostrils, with the enlarged mouth and angry looking eyes. Not to mention the anti-semitic depiction of a Jewish person standing next to the couple, commenting on how the couple is “Parroting what we teach them on T.V. and in our movies”. 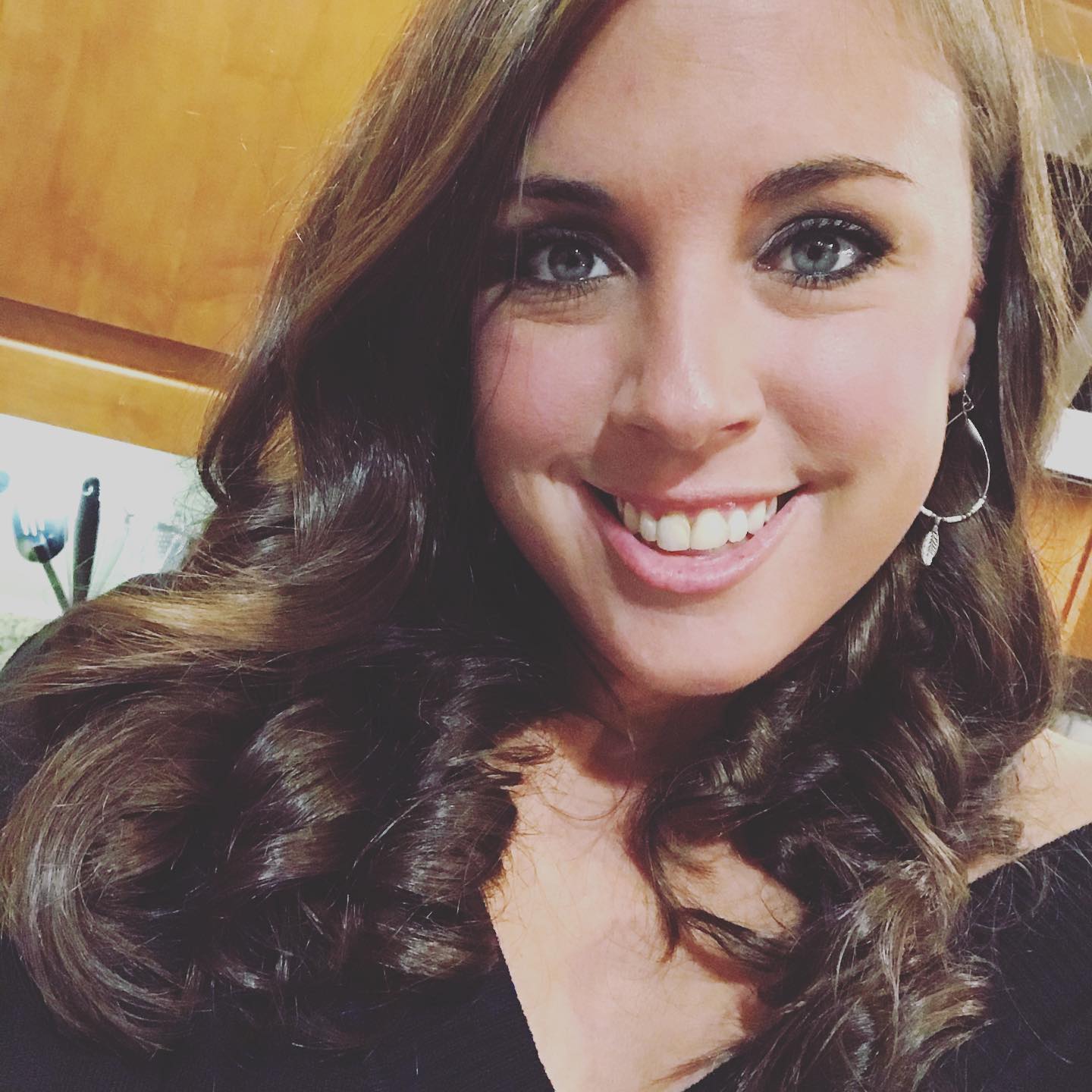 Mrs. Kaltz, a Christian elementary teacher at McCollough Unis, finds the picture “Horrifying. Every part of it is just terrifying. Especially the picture of the baby, it’s the one that really just very stereotypical way of featuring a black child. It’s very, very sad. Very upsetting.”

Mrs. Kaltz believes K.I.M. is “trying to make it somehow seem that it’s the Jewish population making it this way, very much mind control.”  K.I.M. is trying to imply that white people who believe in racial equality are being mind-controlled by Jewish people.

Other hate groups like Westboro Baptist Church have surely earned a name of sorts for themselves, having been banned from countries due to their infamous funeral picketing and overall lack of respect. Westboro Baptist Church is an “Old School Baptist Church” located in Topeka, Kansas. This group was founded by the late Fred Waldon Phelps and is a small church composed of his family and a small number of other individuals. 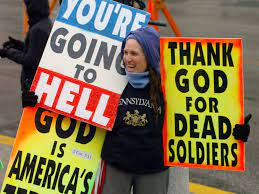 Westboro protests’ at soldiers’ funerals as well as the funerals of dead LGBTQ+ children with obnoxious signs that read “Thank god for dead soldiers” and “No f**s in heaven”. They believe that all-natural disasters are caused by the wrath of God due to America’s tolerance of homosexuality.

While neither of these groups are directly violent, they present a good testimony to the connection between extremist hate and religion.

“In Christianity, it’s also typical in many religions, they preach love above all else and tolerance.” Comments Mrs.Kaltz. The actions and beliefs of these hate groups do not speak the truth to Christianity.

Religion is often forced onto children before they can formulate their own beliefs.  These children are taught select words of a doctrine and generational beliefs, such as racism and sexism from their environment.  This lack of independent study and religious freedom can lead to religious fanaticism in a *now grown* child.

Religious fanaticism is an obsession with one’s religion where a person refuses to accept anything that goes against their beliefs, even when it’s simple logic and common sense. This is dangerous because it can either lead to the spreading of harmful distortions of facts, or outbursts of violence in the name of religion.

While some may argue that these hate groups are not the pinnacles of Christianity that they just so claim to be, and therefore religion has nothing to do with hate crimes, one must understand that religion was never actually to blame.

“I think that people take things out of context, and so they take maybe a small phrase and then build a whole doctrine and idea around that whole phrase instead of actually looking at the whole situation”, “I think that they do it purposefully because they want to preach hate and they want to push people to believe that that’s what the book says. Like deep down, they know it’s not true. They use that because that’s what they want” Explains Ms.Kincaid.

There is more to these hate crimes than “God told me to.”  As we have stated before, religious fanaticism is to blame here, not religion itself.  The ideas and motives that drive people to perform these acts of hate stem from some distortion of a religious belief.  The only thing that matters here is that they use religion to justify the hate crime.

Religion is very multidimensional, but it is not evil.  People do not turn towards hatred the moment they become religious, it is the people who are hateful.

Of course, not all people are profoundly immoral.  Religion is just often contorted and perverted to match personal prejudice.  It is twisted into a weapon and used to harm those who it’s supposed to heal.  In order for all of humanity to grow and flourish in the newfound light of acceptance and open-mindedness, there must be no excuses or religious scapegoats.  Whether what is hiding behind the mask of a messenger of divine belief is a monster, a saint, or just a victim of religious fanaticism, religious extremism is dangerous and people need to be held accountable.