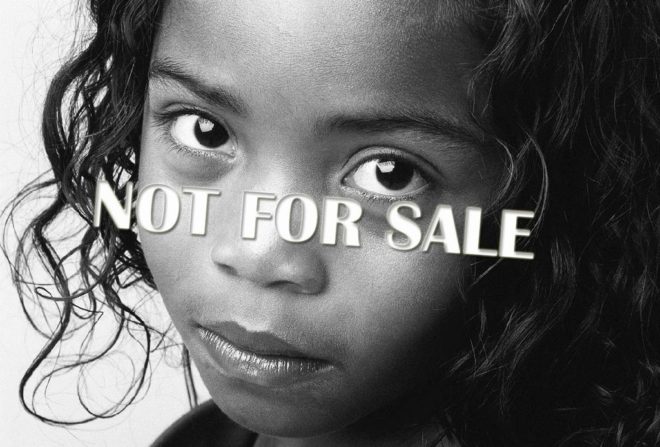 Every year about 200,000 people are trafficked, the number increasing each year. The Human Trafficking hotline shows a 25% jump in human trafficking cases from 2017 to 2018. 27% of these victims were children. Each year less than 600 cases are solved, Meaning the majority of those cases go unreported and unsolved.

I believe that if we educated others on the subject we can help increase the number of cases solved and lower the number of individuals falling into the traps of traffickers.

Child trafficking is Human trafficking but victims under the age of 18. Traffickers manipulate children by physically, emotionally, and psychologically abuse and/or force them into staying in a life of prostitution, slavery, etc.

It is common for traffickers to beat, rape, and torture their victims,  A lot of traffickers use drugs to keep victims in their control.

Children who are most at risk are those in foster care and runaways. According to “Childrenrights.org” 88% of child trafficking victims are runaways from home, in care of the foster system, and social services. Young adults and teenagers are also at high risk for human trafficking.

Females are 2 times likely to become a victim of child trafficking than males.

Child trafficking happens in a lot of ways. Older people using social media with messaging such as snapchat and instagram. Traffickers use social media to pose as younger people their age and their interest because when it comes to the internet, you can be anyone you want to be.

Traffickers lure you into meeting them in person, then when you are there alone Traffickers group up to grab you and them in a matter of seconds you have just become a victim of trafficking.

Another way traffickers work is they can watch and take their time to watch their victims and their daily routines to find a way to take you at a time where no one will really notice.

Some traffickers will just straight up just snatch you on the street when victims are alone.

Signs that a child is an ongoing victim of child trafficking is if the person is unaware of their location, unexplainable bruises, and injuries, social isolation, submissive, and fear.

Nurse, Lamia Harb, shared her experience by explaining, “Victims usually sit in an area where they can see everyone, who comes and goes, very aware of their surroundings. Victims walk with their heads down and no self-confidence. It is very hard for victims to open up to people with their traumatic experiences.”

If us people educate ourselves and others on the topic of child trafficking and how it happened we can save many more lives. Child trafficking is a very serious issue that more people should be talking about.

Some people may state it’s the guardian’s fault for not watching over the children. Saying that is like condoning the actions of the trafficker. In my opinion, this assumption should never be made. Claims like this are one of the main reasons why victims may never come forward with their traumas.

Victim blaming is not going to help this type of sad event from happening all over the world. People need to be aware of their surroundings, record weird occurences, and report suspicious people to the proper authorities. Humans should never be bought or sold.