Last December, Congress passed a new federal education law called the Every Student Succeeds Act, replacing No Child Left Behind. With it will come new rules for states to follow regarding standardized testing for “accountability” purposes. Negotiators have agreed on draft rules, which will soon be released so the public can comment before the rules are actually approved and enforced.

How will students and teachers be affected if the draft rules are not changed and are finalized? Here’s a post explaining all of that by Monty Neill, executive director of the National Center for Fair and Open Testing, known as  FairTest, a nonprofit organization that works to end the misuses of standardized testing and to ensure that evaluation of students, educators and schools is fair, open, valid and educationally sound.

After years of steady decline, the nationwide count of school-age students covered under the Individuals with Disabilities Education Act has shown an upswing since the 2011-12 school year based on the most recently available federal data, driven by rapid growth in such disability categories as autism. Students with specific learning disabilities such as dyslexia have been, and remain, the largest group of those covered under the IDEA.

I’ve always been impressed with www.interventioncentral.org and the vast amount of interventions available for both behavior and academic deficits. Please check them out!

The American Occupational Therapy Association, Inc. (AOTA) has published several tip sheets for “living life to its fullest”.  One article, Building Play Skills for Healthy Children & Families, discusses what is play, why it is important and how to develop these skills.  Play is important at all stages of life, but many times it is referred to recreational activities for adults.  This article describes how to develop these skills to promote healthy living during early childhood (infants, toddlers and preschoolers), elementary age, middle school, high school and beyond.

There are many ways to practice writing letters of the alphabet without using paper and pencil.  This article lists several fun ways to help a child to learn how to write the alphabet.  Check out this article for many multi-sensory approaches to writing!  Fun Ways to Teach Children How to Write the Letters of the Alphabet I have also added a couple other articles under the Handwriting tab in Mrs. Lilly’s blog (the link to the right).

Below is the list of dates for the rest of the school year … all dates fall on a Tuesday and food will be distributed at 1:00 pm @ Miller.

Welcome back and Happy New Year!  I can’t believe it is 2016!  With the new year underway, many of us have made resolutions to better ourselves.  I know I have made a few personal goals to enhance a healthier lifestyle.  In addition, I have made some professional resolutions that will influence my job as an occupational therapist.  With that being said, I am making a commitment to update my blog on a regular basis.  I want to provide resources for parents, guardians, teachers, etc. with topics that an occupational therapist would address working in the school environment.  There are some many things from fine motor skills and self-care to attention and motor coordination that can be discussed. I will be updating the tabs at the top of my page and would like to highlight articles that will also be on the main page. Last evening I attached several new resources in Mrs. Lilly’s blog (the link to the right) in the Sensory Strategies section.  This week’s article is Creating Rich Sensory Experiences.

All children who learn to read will become life long learners! 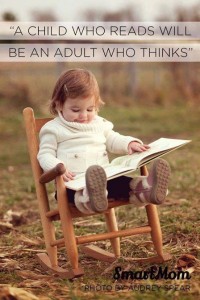