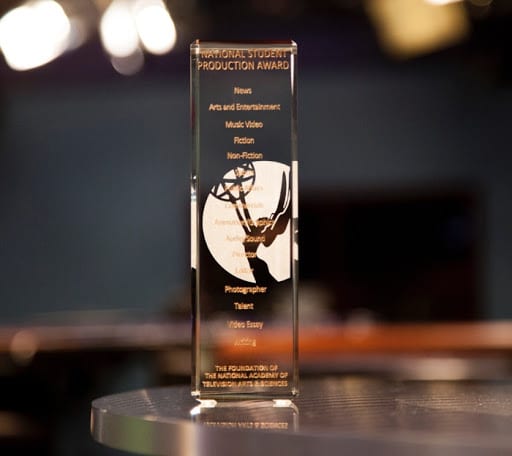 On April 25th, the Michigan chapter of the National Academy of Television Arts and Sciences presented the Student Production Awards. Dearborn High School won 3 awards from our 7 nominations!

“Nostalgia” won for Best Music Video. The original song was written and performed by Victoria Irish. Victoria also directed the video with Eman Alnakash producing. Abbass Karnib was the cinematographer and Victoria, Damion Minton, Chloe Rahal, and Katherine Roman starred in the video.

The winners will go on to compete at the national level. All of the winners and nominees will premiere at the WDHS Film Festival on May 20th and 21st!