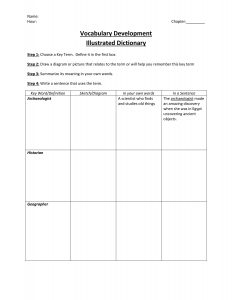 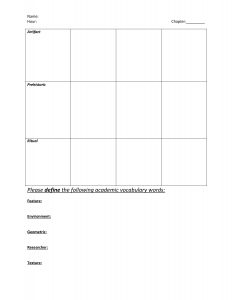 Archaeologist: an expert who studies the past by examining objects that people have left behind.

Historian: an expert who studies and records the past.

Geographer: an expert who studies and creates maps of Earth’s natural and human-made features.

Artifact: an object made or used by people in the past.

Ritual: relating to a ceremony, such as a religious ceremony. 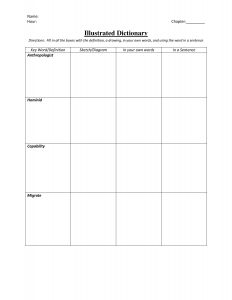 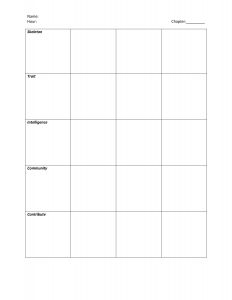 Agriculture: the business of farming; growing crops and raising animals.

Domesticate: to train a wild animal to be useful to humans

Nomad: One who moves from place to place with no permanent home

Paleolithic Age:  .the first period of the Stone Age called the Old Stone Age. From about 2 million years ago to around 8000 B.C.E.

Resource: something that can be used to fulfill a need

Trade: the business of buying and selling or exchanging items

Chapter 4: The Rise of Sumerian City-States

Mesopotamia: in ancient times, the geographic area located between the Tigris and Euphrates River

Tigris River: one of the two largest rivers in Southwest Asia that flow from the mountains in Turkey to the Persian Gulf

Euphrates: one of the two largest rivers in Southwest Asia that flow from mountains in Turkey to the Persian Gulf

Sumer: an area in southern Mesopotamia, where cities first appeared

Irrigation: a means of supplying land with water

Levee: a wall of earth built to prevent a river from flooding its banks

City-state: an early city that was like a small, independent country with its own laws and government

Social structure: The way a civilization is organized

Technology: The use of tools and other inventions for practical purposes

Merchant: A person who makes money by selling goods

Scribe: A person who writes

Ziggurat: An ancient Mesopotamian temple tower with outside staircases and shrine at the top

Culture: A characteristic of civilization that includes the beliefs and behaviors of a society or a group of people

Pictograph: A symbol that stands for an object

empire:  A large territory in which several groups of people are ruled by a single leader or government

Tribute: Wealth sent from one country or ruler to another as sign that the other is superior

Economy: The way a region or country uses resources to produce and sell or trade goods and services to meet people’s needs and wants
Capital: A city that is the center of government

Code of Laws: A collection of written laws and rules

Siege: A military blockade and attack on a city to force it to surrender

Invader: Someone who forces entry into a place where they are unwanted

Unify: To join together

Nile River: The longest river in the world, flowing through eastern Africa to a delta in northeast Egypt

Egypt: A nation in northeast Africa, first settled around 3100 B.C.E.

Mediterranean Sea: A body of water north of Africa

Pharaoh: A ruler of ancient Egypt

Ramses II: An ancient Egyptian pharaoh, known as “Ramses the Great”; skilled as a military leader; and responsible for building many monuments, including the temple at Abu Simbel.

Treaty: A written agreement by which two or more states agree to peaceful relations

Period: a length of time

Accomplish: to complete something successfully

Structure: something that has been built

Authority: the government or controlling power

Reign: the period of time someone rules, usually royalty

Social Pyramid: A pyramid outline showing the positions of social classes according to their status in a society

Social Class: A group in a society that is ranked by factors such as wealth, property, and rights.

Noble: Of high birth or rank

Peasant: A person who does farmwork for wealthy landowners.

Afterlife: An existence after death.

Hieroglyph: A symbol used in hieroglyphics, a system of writing developed around 3000 B.C. E.

Occupy: To take up or fill

Role: A position based on socially expected behavior

Neutral: Not taking sides or getting involved in disagreements

EQ: What do Shang artifacts reveal about this Civilization?

Anyang: Location where ruins were found from the Shang dynasties, China’s first civilization

Clan: A large group of family members and friends.

Bronze: A strong metal alloy made from copper.

Military: Relating to the Army.

Ancestor Worship: Honoring of ancestors through rituals, such as offering food to the spirits of the dead.

Oracle bone: A piece of bone or shell heated and cracked by holy men to seek advice from a king’s ancestors.

Mandate of Heaven: A power or law believed to be granted by a god

Feudalism: A system of government based on landowners and tenants

Civil servant: A person who works for a government

Daoism: A Chinese Philosophy that emphasizes living in harmony with nature

Yin and Yang: The Daoist concept of opposing forces of nature

Legalism: A Chinese philosophy that emphasizes strict obedience to laws

Silk Road: A network of trade routes that stretched for more than four thousand miles across Asia

Trade route: A network of roads along which traders traveled

Caravan: A group of people traveling together.

Cultural diffusion: the spreading of cultural traits, such as goods and ideas, from one culture to another, or within one culture

Dominated: To have control or power over something

Linked: to connect two or more people or things

Acquire: To come into possession of something

Oxygen: A gas in the air that people and animals need to breathe to live

Geography and the Settlement of Greece

Peninsula: A body of land that is surrounded on three sides by water

Aegean Sea: An arm of the Mediterranean Sea, east of Greece

Colony: A settlement under control of a usually distant country

Consulting: To get an opinion and information from someone

Participate: To take part in something, such as a game or activity

The Rise of Democracy

Monarchy: A government in which the ruling power is in the hands of one person

Aristocrat: A member of the most powerful class in ancient Greek society.

Oligarchy: A government in which the ruling power is in the hands of a few people.

Tyranny: A government in which absolute ruling power is held by a person who is not a lawful king.

Democracy: A government in which power is held by the people, who exercise power directly or through elected representative.

Citizen: A person who has certain rights and duties in a city-state or nation.

Assembly: A group of citizens, in an ancient Greek democracy, with the power to pass laws.