Just in case you have further questions or missed our meeting yesterday, here is the link to the 2019 Employee Benefit presentation.

Let your Exec Board know if you have any questions.

We will be meeting tonight starting at 4:00 pm in the Stout Team Planning Room.

There will be many topics covered, the most important will be our health insurance with Kim Nicolson.

Hope to see everyone there!

Some News from our A.D.S.A. President 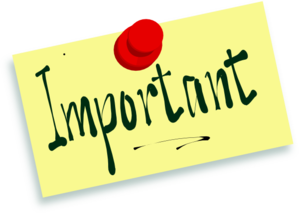 We are currently still in a lawsuit with the state to get the real interest from the 3% that was held from us. Mark Cousens seems to think that we have a good chance at winning.

Also, please be aware that Project Veritas (the group known for ACORN, Mary Landrieu incident, and others) is going around to districts pretending to be a “friend” of a teacher who is being investigated for hitting a student. This group is known for being creative with their editing to try and make organizations look less than stellar. Just be very cautious. They’ve gone to 8 different unions that we are aware of at this time.
0

Education Week (3/22) reports the bill preserves $2 billion in funding for Title II teacher development programs “despite President Donald Trump’s proposal to eliminate the program entirely.” The Trump administration argued that the program is ineffective, but “the proposal to eliminate Title II sparked backlash among the education community,” with advocates saying “state and district leaders are working to improve professional development, in large part due to the Every Student Succeeds Act, which calls for PD Programs to be evidence-based.”

Hope you can join us tonight for our General Membership Meeting.  The meeting will be held at William Ford, starting at 4:00 pm

This discussion will focus on –
Can we reverse the academic decline in Michigan’s schools
without addressing the funding issue?

A recent report released by the US Department of Education notes
that Michigan increased spending on prisons more than five times
faster than it did on public education from 1979-2013. Meanwhile,
Michigan school performance continues to fall further behind. At the
current rate of decline, our state will rank 48th by 2030.

Panelists will discuss the report’s implications for Michigan’s
children. After a presentation from the panelists, the audience will
have an opportunity to pose questions to the panelists.

The Panel moderator will be Alicia Nails, Director of the Journalism
Institute for Media Diversity at Wayne State University.

Program
Registration & Reception
5:00 – 6:00 p.m.
An opportunity to network with
Panel Members and fellow
educators.
Refreshments will be served.

Parking Information
Free parking details will be
provided upon RSVP.
For additional information
about this event, contact
Carla Harting at
ae2562@wayne.edu
or (313) 577-1675

You may be getting calls and emails from legislators concerning House Bill 5355. Below is the content of a memo that several education groups will be circulating to legislators.

MASA opposes House Bill 5355 and its impact on school budgets. The legislation would change the MPSERS system payment method from a level percentage of payroll to a level dollar method while also reducing the payroll growth assumption built into the MPSERS system. In theory this is a good practice, however when coupled with several other changes to the retirement system dating back to Public Act 92 of 2017, costs will increase significantly on school districts and the state.

MASA urges the consideration of the following issues when debating this bill:

There is merit to the level dollar concept being put forward in House Bill 5355, however when coupled with all the changes listed above that are not yet implemented, school districts will see a significant increase in their costs impacting the dollars available for the classroom. This bill is reforming reforms this Legislature just put into place last year that have not yet taken effect.

MASA strongly encourages a no vote on House Bill 5355 and oppose the cost increases to local districts. Before making further and potentially unnecessary changes to the MPSERS system, it should be allowed to adjust for the changes already made.

Thank you for all you do! 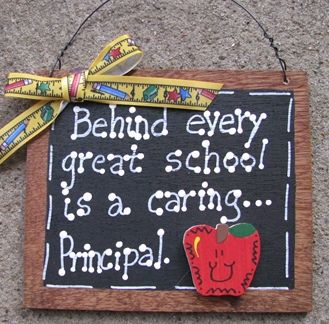 Thank you for your hard work, dedication, and all that you do.

You make our schools great!

MASSP This Week in Politics in 5 Sentences (or Fewer)

The Senate Education Committee kicked off the week with a hearing Tuesday on legislation that would expand the scope of Michigan’s current education savings account (ESA) program (which currently covers only higher education) to include education-related expenses for K-12 students (e.g. pay-to-play fees, tutoring, field trip costs, and similar supplementary education services). Michigan’s constitutional prohibition against vouchers also protects against giving tax credits for non-public school tuition, so dollars in the proposed ESA program couldn’t be used for non-public school tuition, but concerning comments were made by committee members during the hearing about this proposal being an “innovative” way to bring additional money into the K-12 education system…comments that should be concerning for educators and parents alike since many of the costs incurred by K-12 students exist because of cuts to public education spending. The House Education Committee took testimony Thursday on legislation that would allow Michigan students in border communities to dual-enroll across state lines in out-of-state colleges or universities that are within 20 miles of the state border. The bill, which is sponsored by Rep. Aaron Miller (R-Sturgis), drew a fair amount of criticism from committee members who had a variety of concerns with the legislation, mainly focused around the idea of sending taxpayer dollars out of Michigan. Meanwhile, the rumors are flying (though facts are scarce) about what might eventually be included in a planned K-12 budget supplemental that legislators are working on behind the scenes and which is expected to be revealed later this month.

Copyright © 2014-2022 ADSA News All rights reserved.
This site is using the Multi Child-Theme, v2.2, on top of
the Parent-Theme Desk Mess Mirrored, v2.5, from BuyNowShop.com