Many students are not good at evaluating the credibility of what they see and read online according to a now-famous Stanford study that was released just after the 2016 election. And while it’s true that 82 percent of middle schoolers couldn’t tell the difference between a native advertisement and a news article, neither could 59 percent of adults in a study conducted by the advertising industry.

Sam Wineburg, the Stanford professor who led the middle school study, is worried that everyone is “profoundly confused” right now and that schools aren’t doing enough to teach students the skills they need to be effective citizens and digital consumers. 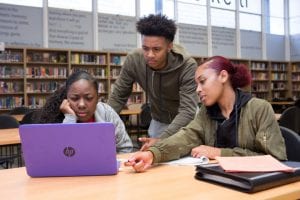