As more teachers are using both the Common Core State Standards and the Next Generation Science Standards, they will increasingly be confronted with a challenge: The standards in literacy and science—and the research literature in the two fields—disagree about when and how students learn to form arguments.

In a new article for Educational Researcher, Okhee Lee, a professor of education at New York University, suggests that standards writers and researchers need to consider the confusing and mostly unexamined situation teachers are in and figure out how to change it.

“The standards writers meant to help by making connections between science, ELA, and math, but the bodies of literature aren’t saying the same thing” about how students learn to form arguments, she said in an interview. “The foundational work hasn’t been done … Teachers, especially in K-5, must be very confused.”

Lee suggests that there may be a need for a forum or other research effort on the topic aimed at uncovering and resolving convergences and divergences in how educators think about argument, and for further research on how evidence-based argument can be promoted in elementary literacy and science classes. Her hope is that the standards can be seen as a “living document,” able to be updated when evidence from the field suggests that it’s necessary.

Teachers in the middle

Lee was clued into the discrepancy as she watched an experienced 2nd grade teacher demonstrate a lesson to a group of expert observers.

After a well-thought-out lesson on states of matter, the teacher’s sample writing assignment began with the following prompt: “Write your opinion on … .”

In Lee’s experience in teaching science, it seemed clear that a scientific writing assignment shouldn’t involve opinion, even in early elementary school. Opinions, she said, don’t require any evidence, and in a science class, students should be making arguments and backing them up with evidence. That’s the language used in the Next Generation Science Standards, which were in use in this teacher’s state.

It’s known as the windscreen phenomenon. When you stop your car after a drive, there seem to be far fewer squashed insects than there used to be. Scientists have long suspected that insects are in dramatic decline, but new evidence confirms this. Research at more than 60 protected areas in Germany suggests flying insects have declined by more than 75% over almost 30 years.

And the causes are unknown. 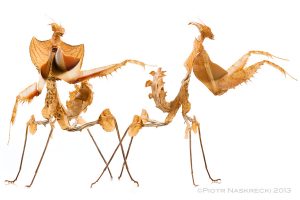 “This confirms what everybody’s been having as a gut feeling – the windscreen phenomenon where you squash fewer bugs as the decades go by,” said Caspar Hallmann of Radboud University in The Netherlands.

“This is the first study that looked into the total biomass of flying insects and it confirms our worries.”