One distinguished psychologist explains why he believes this is so and how to reverse course. BOSTON—At last weekend’s annual meeting of the Association for Psychological Science (APS) in Boston, Cornell University psychologist Robert Sternberg sounded an alarm about the influence of standardized tests on American society. Sternberg, who has studied intelligence and intelligence testing for decades, is well known for his “triarchic theory of intelligence,” which identifies three kinds of smarts: the analytic type reflected in IQ scores; practical intelligence, which is more relevant for real-life problem solving; and creativity. Sternberg offered his views in a lecture associated with receiving a William James Fellow Award from the APS for his lifetime contributions to psychology. He explained his concerns to Scientific American.

[An edited transcript of the interview follows.]

In your talk, you said that IQ tests and college entrance exams like the SAT and ACT are essentially selecting and rewarding “smart fools”—people who have a certain kind of intelligence but not the kind that can help our society make progress against our biggest challenges. What are these tests getting wrong?

Tests like the SAT, ACT, the GRE—what I call the alphabet tests—are reasonably good measures of academic kinds of knowledge, plus general intelligence and related skills. They are highly correlated with IQ tests and they predict a lot of things in life: academic performance to some extent, salary, level of job you will reach to a minor extent—but they are very limited. What I suggested in my talk today is that they may actually be hurting us. Our overemphasis on narrow academic skills—the kinds that get you high grades in school—can be a bad thing for several reasons. You end up with people who are good at taking tests and fiddling with phones and computers, and those are good skills but they are not tantamount to the skills we need to make the world a better place.

What evidence do you see of this harm?

IQ rose 30 points in the 20th century around the world, and in the U.S. that increase is continuing. That’s huge; that’s two standard deviations, which is like the difference between an average IQ of 100 and a gifted IQ of 130. We should be happy about this but the question I ask is: If you look at the problems we have in the world today—climate change, income disparities in this country that probably rival or exceed those of the gilded age, pollution, violence, a political situation that many of us never could have imaged—one wonders, what about all those IQ points? Why aren’t they helping? 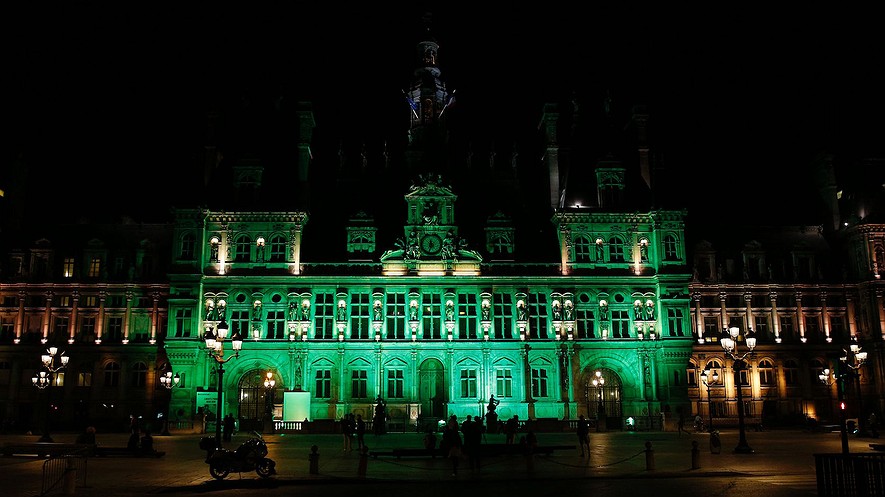 WASHINGTON, D.C. — President Donald Trump made a big announcement Thursday afternoon. He said he is removing the United States from the Paris climate agreement. The move made many of the people who voted for Trump happy. Meanwhile, many businesses and environmentalists were disappointed by his decision.

“The Paris Accord is a BAD deal for Americans” a White House note to supporters read. The note went on to say that Trump’s action was part of a promise to “put American workers first.”

All but two countries – Nicaragua and Syria – signed onto the 2015 accord. The deal was considered by many to be an achievement for President Barack Obama when he signed it. It involved a lot of discussion and cooperation between many countries.

For the Trump administration, though, the Paris agreement has caused a lot of division. The president took months to make up his mind as people on both sides tried to influence his decision.

Rex Tillerson is President Trump’s secretary of state. As the secretary of state, he often works with other countries on agreements like the Paris climate deal. Both Tillerson and Ivanka Trump, the president’s daughter and adviser, urged him to stay in the deal. They argued it would help the United States to remain in meetings about the agreement. By doing this, they suggested the United States could have more power and influence.

White House chief strategist Stephen Bannon and Environmental Protection Agency Administrator Scott Pruitt were on the other side. Both of them pushed for a withdrawal.

They, along with other stricter conservatives, have tried to convince Trump that meeting the terms of the agreement would be harmful to U.S. businesses. They said it would put manufacturing jobs in danger. These jobs are especially important in states like Wisconsin and the Dakotas. Trump won many voters from those areas during last year’s election.