By late winter, the war had come home to Pickett Place. Grenades and small bombs exploded in the living room. Automatic weapons fire echoed off the walls. Soldiers shouted to one another. One fell wounded. Whitley Morton had tried to make their house a retreat, but her husband, Jayson, wouldn’t let go of the Xbox.

Outside, the sun was warm and inviting, and Whitley knew the good weather wouldn’t last. She had talked about going out, perhaps taking the boys to the park. It wasn’t going to happen. She had gotten her hair cut and run a few errands, and when she got back, he still had the controller in his hands. “You’ve been on this the whole time?” she asked. “It’s been five hours.” “Really?” he said, as if it were no big deal.

She started to fix dinner for the boys. On the refrigerator door, she kept a prayer: Lord, help me to remember that nothing is going to happen to me today that you and I together can’t handle. 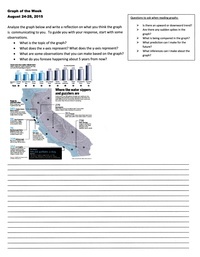 This assignment not only helps our students to become lifelong critical and analytical thinkers, but also benefits them in the following ways: 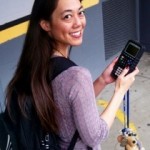 Kelly Turner is in her 15th year of teaching. She currently  teaches AP Calculus AB and Math 4 at Loara High School in the Anaheim Union High School District. 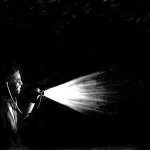 The Case for Teaching Ignorance

IN the mid­1980s, a University of Arizona surgery professor, Marlys H. Witte, proposed teaching a class entitled “Introduction to Medical and Other Ignorance.” Her idea was not well received; at one foundation, an official told her he would rather resign than support a class on ignorance.

Happy School year all! Given my interest in teaching inquiry, I loved this article on teaching ignorance!

Dr. Witte was urged to alter the name of the course, but she wouldn’t budge. Far too often, she believed, teachers fail to emphasize how much about a given topic is unknown. “Textbooks spend 8 to 10 pages on pancreatic cancer,” she said some years later, “without ever telling the student that we just don’t know very much about it.” She wanted her students to recognize the limits of knowledge and to appreciate that questions often deserve as much attention as answers. Eventually, the American Medical Association funded the class, which students would fondly remember as “Ignorance 101.”

Classes like hers remain rare, but in recent years scholars have made a convincing case that focusing on uncertainty can foster latent curiosity, while emphasizing clarity can convey a warped understanding of knowledge.

In 2006, a Columbia University neuroscientist, Stuart J. Firestein, began teaching a course on scientific ignorance after realizing, to his horror, that many of his students might have believed that we understand nearly everything about the brain. (He suspected that a 1,414­page textbook may have been culpable.)