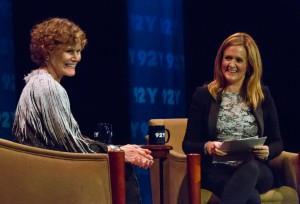 If you, like millions of kids, read “Are You There God? It’s Me, Margaret,” and “Starring Sally J. Freedman as Herself” and “Tales of a Fourth Grade Nothing” and “Then Again, Maybe I Won’t” and beyond—I read fifteen of her books, some many times—reading “In the Unlikely Event” in adulthood is like reconnecting with a long-lost friend. Judy is still Judy. It’s been three decades or more, but there are all the old familiar details—the organdy skirts, the finished basements, the lingerie-shopping trips—and cadences. The more you read, the more memories of your old intimacy come back. Not just characters with names like Superfudge and Sheila the Great and Moose Freed, not just the suburban comforts and anxieties and the grownup details seen from a kid’s perspective, half understood or totally unfamiliar: erections, sanitary belts, Hitler lampshades, the word “bordello,” the concept of over-the-shoulder boulder holder.