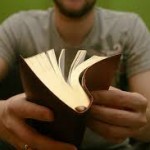 Maybe we don’t understand what readers really do – and why it matters.

From a Christian Science Monitor article on 12th grade NAEP results in reading:

In many ways, the 2013 reading scores for 12th-graders were even more discouraging [than the lack of progress in math]. While the average score of 288 was unchanged from 2009 – and two points higher than in 2005, which represented a nadir for the reading score – it was lower than the average of 292 back in 1992.

A full 25 percent of 12th-graders in 2013 scored below basic, compared with 20 percent in 1992, and just 37 percent scored at or above proficient, compared with 40 percent in 1992. Those scoring at the proficient level could answer questions requiring them to recognize the paraphrase of an idea from a historical speech and the interpretation of a paragraph in such a speech.

The black box. Reading is the hardest thing in the world to teach and assess because the reading mind is a black box: we cannot see inside the mind to see what people are doing when they read. We can only infer what readers are doing from what they tell us, write us, and show us. But what they tell, write, or show is neither direct nor necessarily valid evidence. (Maybe they read well but write or speak poorly, for example). Self-reporting of mental states is often inaccurate; expert readers may have forgotten how they came to learn to read for understanding; young readers may lack meta-cognitive ability and language to describe their reading as it unfolds.

In later posts I plan to share the surprisingly thin evidence about how readers actually read when they try to comprehend text. For now, I merely ask you to keep an open mind. 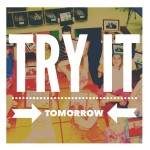 A number of years ago, I saw people tweeting about, “It’s Monday, what are you reading?” I quickly realized that transferring this question to my students was a perfect way to start the week. Over the years we answered this question in many formats as students blogged, tweeted and backchanneled about their reading lives nearly every Monday across the the school year.

As this practice endures, recently I’ve been using the website Padlet.com as a small group activity to for students to post what they are reading each Monday. Padlet is a digital bulletin board that invites student interaction by simply double clicking on the wall to leave a post. Each week students share a #BookSelfie of their “right now” book and tell a little bit about the title they are reading.